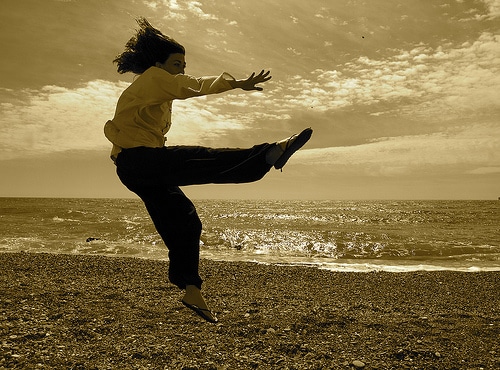 Exercise is a kind of miracle drug that doesn’t come in a pill.  I often write about the extensive studies that have shown the benefits of physical activity on the mind.  For example, more and more research shows that exercise is at least as effective (often more effective) than antidepressants for people who are depressed.  And we’ve known for decades how valuable exercise is for our physical health.  So why don’t we exercise more?  The most common answer is, “I don’t have time.”

Research is now showing that you can get great benefits from exercise with less time than most people thought.  Traditionally we’ve been told that a good exercise regimen involved moderate exercise for 20-30 minutes, 4-5 times per week.  But there’s another approach to fitness that requires as little as 4 minutes per day.  It’s called High Intensity Interval Training (HIIT).  Top athletes have been doing interval training for years, so it’s nothing new.  But the studies that are coming out are revealing.

In Japan, the National Institute of Fitness and Sports in Tokyo studied to groups of people who exercised.  The first group did one hour of moderate, steady-state exercise 5x per week.  The second group did 4 minutes of interval training 5x per week.  That’s right – only 4 minutes per day.  After six weeks, group 1 showed an increase in aerobic capacity of 10%, but group 2 showed a 14% increase.  In addition, group 1 showed no increase in strength, while group 2 showed a 28% increase in strength.  The four-minute/per day group was stronger and more fit than the one hour per day group.  When I first saw this study described in Mark Lauren’s book, You Are Your Own Gym, I was skeptical.

But then I saw 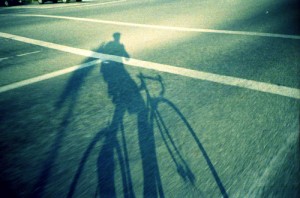 I found this information fascinating so I decided to give it a try.  We have a stationary bike here at the ToDo Institute, so I jumped on and had Linda time my intervals.  On your mark, get set, go!  I pedaled as hard as I could.  I felt my heart racing and even before a minute was up, I could feel the muscles in my legs burning.  After a minute, I slowed down for a minute of rest.  I needed it because I was exhausted!.  Then, almost immediately, it was time for the second interval.  I did my best to pedal hard, but my strength and stamina were less than what they were two minutes ago.  So while ten one minute periods of exercise sounds easy, it’s not, if you’re really pushing yourself.  I’m determined to work with this approach for the next few weeks to see what type of impact it has on my health and fitness levels.  It’s hard to avoid exercise when a minimum workout is only 4 minutes (8 minutes with rest periods).  But that’s really the idea.  If you’re willing to push yourself for just 4 minutes, 5x per week, you may see some significant changes in your fitness level.

If you’ve tried interval training, or decide to give it a try, I invite you to post about your experience in the comments section.