The World is Not Just Crazy. It’s Crazier Than That.

Home 2020 October The World is Not Just Crazy. It’s Crazier Than That. 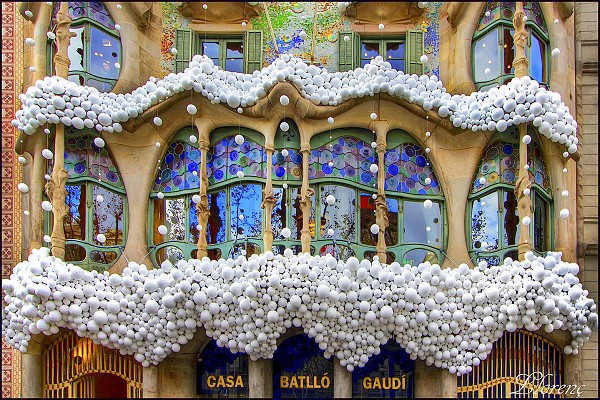 It’s a crazy time to be alive.

Do you ever have that thought?

If you step back and think of everything that is going on right now, doesn’t it seem like the world is out of whack?  Like it’s lost its planetary mind?

But if you could really think about everything that’s going on right now – I mean EVERYTHING – I’m not sure you would come to that conclusion.  Right now . . . my daughter’s puppy, Ella, is laying quietly next to me as I write. Nearly all the leaves from our Vermont maple trees have fallen to the ground.  The hot tea in my thermal mug is gradually cooling off.  There are about 383,000 women who are giving birth today (well, not here at my house, but around the world). People are cooking pasta.  Cars are stuck in traffic jams. Couples are having heated arguments.  Other couples are making love.  Some of the couples making love were the ones who had heated arguments the night before.  There are houses burning and new houses being built and houses being robbed and other houses just sitting there, having been abandoned years ago.  I could go on.  Endlessly.

And life is actually crazier than we think.

That’s what I think.

Have you ever ready anything by the novelist, Dan Brown (i.e. The DaVinci Code, Origin).  He has an incredible talent for writing suspense-filled mysteries with complex, intricate plots full of unexpected twists and turns.  But his imagination simply isn’t capable of competing with real life.  Real life is more creative.  Look at the world right now.  Who could make this up? Sorry, Dan.  Don’t take it personally.

Let me share a story with you:  A child is born in 1895, just before the turn of the century.  Just as he turns 19, a war breaks out — a world war.  What was called, for many years, The Great War.  He enlists and serves in the navy for three years.  Just as the war ends, the world experiences a plague – the 1918 pandemic, sometimes called the Spanish Flu.  The flu spreads throughout the world and after several waves, 50 million people have died (as I write this the global Covid-19 fatalities have surpassed 1 million).  The young man, now 25, survives.  Nine years later people are jumping off of buildings in despair as the stock market crashes and triggers the Great Depression which lasts for ten years just in time for Hitler and World War II.  He’s 46 when Japan bombs Pearl Harbor and 50 when World War II ends after the U.S. drops two atomic bombs on Japan.

So for 30 years he’s tried to educate himself, fall in love, start a family, raise children and earn a living, all in the shadow of two world wars, a deadly plague, and a long economic depression.  Of course, there was lots more going on:  football games and air travel and the invention of radio, and hurricanes and floods, and jazz, and women voting for the first time.

I think the world has been crazy long before any of us were born. We didn’t invent the world’s craziness, or, as Billy Joel put it,

“We didn’t start the fire.

It was always burning

Since the world’s been turning.”

There are two ways to deal with this crazy world.  We can let the crazy world make us crazy.  That’s happening a lot right now.  In part, because news travels fast and we have the internet and social media and our minds become immersed in a very select category of the world’s craziness.  At the same time, we are blinded to the other type of craziness – the type that are more like miracles.  For example, the heat in our home will go on and off in a courageous effort to meet our expectations for a comfortable temperature.  And our heart never stops beating, even when we’re sleeping . . .throughout our whole life.  And isn’t it crazy that I can get on a plane in New York, cross the entire Atlantic Ocean, and be in Paris in 7 hours.  And the idea, I mean reality, that all kinds of electrical appliances can be powered solely by sunlight.  Suggest that as a possibility to someone living a hundred years ago and notice how they look at you like you’re crazy. How about a man walking on the moon?  That was crazy fifty years ago, and it’s still crazy today!

But the elements that are driving many of us crazy – the willful demolition of a constitutional democracy, social unrest, abuse of power, a pandemic that will kill more than a quarter of a million people in North America in less than a year, and global warming – are not new.  Only one of these is really having its premier. The rest are reruns.

So what’s the alternative to losing our minds?

The alternative is that we accept that the world is even crazier than we think it is.  And we find a way to live with the craziness.  To cope with it.  To handle it. And, as often as possible, to enjoy it!  That doesn’t mean we should be happy when there is death and destruction and suffering.  Of course not.  We must let our hearts break in the midst of heartbreaking events.  We allow ourselves to feel anger when there is injustice.  We feel hollow when we see people treating the planet and its inhabitants with an absence of compassion or concern for anything but themselves.  And we do our crazy part in trying to remedy situations without expecting the world to somehow be cured of its insanity.

Remember our friend who was born in 1895?  When he was 27 his four-year-old daughter died of complications from the flu, polio and spinal meningitis.  Five years later, in the midst of the Great Depression, he was out of work. He had enough.  He went to a bridge over the Chicago river and was prepared to end his life.  Here were his words on that fateful day.

I stood by the side of the lake, hesitating. All my life, at home and in school, I had been admonished: ‘Never mind what you think! Listen! We are trying to teach you!’ I asked myself what a little, penniless human being with a remaining life expectancy of only ten years – the life expectancy then of those born, as I was, in 1895 was forty-two – could do for humanity that great corporations and great political states cannot do. Answering myself, I said: ‘The individual can take initiative without anyone’s permission.’

I told myself: ‘You do not have the right to eliminate yourself; you do not belong to you. You belong to the universe. This significance of you will remain obscure to you, but you may assume that you are fulfilling your significance if you apply yourself to converting all your experience to the highest advantage of others!’

So I vowed to keep myself alive, but only if I would never use me again for just me – each one of us is born of two, and we really belong to each other. I vowed to do my own thinking, instead of trying to accommodate everyone else’s opinions, credos and theories. I vowed to apply my inventory of experiences to the solving of problems that affect everyone aboard planet earth.

He ended up living until 1983.  His name was Buckminster Fuller. He became, among other things, an inventor and designed the Geodesic Dome and the soccer ball.  He made a great contribution to the world in the second half of his life, but he never made the world sane.

Neither did Mother Theresa, or Abraham Lincoln, or Martin Luther King, Jr., or Albert Einstein, or even Gandhi.  In my opinion, these were some of the greatest heroes of the world in the past century and a half.  But they still couldn’t rescue the world from its craziness.  In fact, three of the five were assassinated.  Why do we murder our heroes? That’s how crazy the world is.

My favorite haiku poet was Issa.  He had a hard life.

His mother died when he was two years old.  His father remarried when Issa was eight and there was bitter conflict between him and his stepmother for most of his life.  When Issa’s father died, he left Issa the family property in his will, but his stepmother refused to recognize the will.  For ten years there was litigation regarding the property requiring Issa to travel back and forth between Edo and Kashiwabara. One of the conditions of his father’s will was that he marry and live on the property.

When the litigation was resolved, Issa married a young woman named Kiku.  Their first born son died within a month of his birth.  The second born son died within a year.  The third child, a daughter, lived just over a year and died of smallpox.  When Kiku was pregnant a fourth time, she died immediately after the delivery and the child she bore lived less than a year.  Eight years later the house that was the center of so much conflict burned down and later, the same year, Issa unexpectedly died.

At the funeral of his third child, he wrote the following poem:

The world of dew

And yet, and yet.

Issa stands over the grave of his daughter and he understands, deep down, this fundamental law of how things work.  Birth leads to death.  He knows this impermanence in his bones.  But his understanding is no barrier to his innate humanity – his love, his grief, his broken heart.  We need, “and yet, and yet” to be human.

And to be human is to be a little bit crazy.  Admit it, you’ve done some crazy things in your life, haven’t you?  (Please don’t email me with examples). So you’re human and you belong to this world.  And you’re walking a tightrope right now, trying to hold your life together while the world stages a crazy performance.  And you’re watching the scenes unfold and the whole thing is unbelievable.  It’s always been unbelievable.

Miracles are also unbelievable.  So is Love.

And the world is truly crazy.  So is Love.

Gregg Krech is the author of five books on Japanese Psychology. He and his wife, Linda, moved to Vermont 28 years ago to start the ToDo Institute (one of his crazy endeavors).  When he’s not writing or teaching, he plays blues piano, hikes in the woods, bakes sourdough bread and wrestles with his daughter’s puppy, Ella.