Ice Dancing Couple Who Fell Should Get a Gold Medal 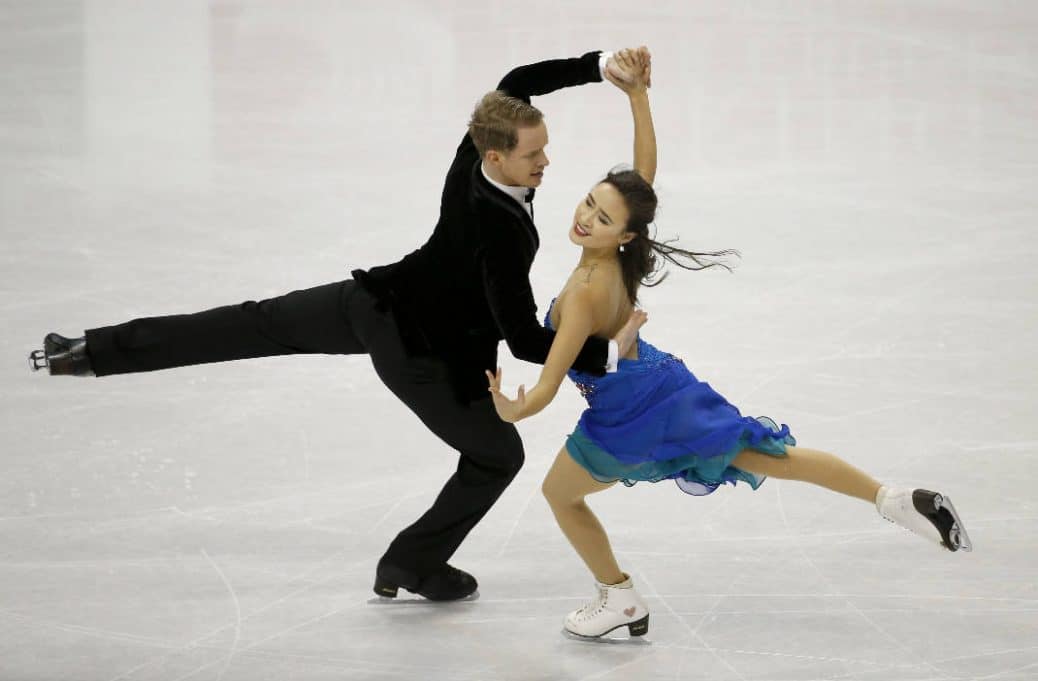 My wife and I happened to turn on the Olympics earlier this week when they were televising the ice dancing competition.

U.S. Olympic skaters Madison Chock and Evan Bates were the embodiment of grace as they skated to John Lennon’s Imagine at the ice dancing finals in PyeongChang. After about two minutes of their performance, the pair were in the midst of a spin when their skates made contact with one another. They both tumbled onto the ice, with Evan landing atop his partner, Chock. 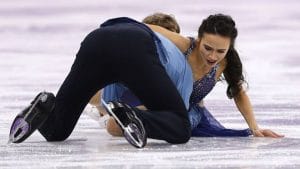 The audience let out an audible gasp. That error became an immediate points deduction — and, given the strength of the remaining ice dancing teams, dashed their dreams of medaling.

Some sports are more forgiving of a momentary mistake than others.  In baseball, for example, they actually keep track of the “errors” each team makes, and it’s not that unusual for a team with more errors to actually win the game.

Ice dancing is not a forgiving sport – particularly at the Olympic level.  A single misstep and the chance of bringing home a medal dissolves.  That was the case with Chock and Bates.

But I would give them a gold medal without a moment’s hesitation, because I learned more from their performance than from any Olympic performance in recent years.  I didn’t learn anything about ice dancing. Instead, I saw a profound lesson about life.

I’d give them a gold medal because of what they did after they fell.

And they finished their dance routine.

And they finished beautifully with grace and poise, amidst the deep disappointment in their hearts.

When we mess up in life, consider the most common responses we have to the situation:

The first two involve self-focused attention.  We’re angry at ourselves, at the situation, at the world.  We succumb to our emotional state.

The third possibility, blaming someone else, takes the focus off ourselves – but only by abdicating responsibility for our own conduct. By blaming someone else (often the referees or the judges) we escape having to acknowledge that we made a mistake.  We protect our ego at the expense of integrity.

The fourth possibility is disappointment.  I will suggest that feelings of disappointment are both natural and healthy.  If we desire something and we’ve worked hard for it, it’s natural to feel disappointed when we don’t get it.

Disappointment is different than anger.  Anger is often coupled with a sense of entitlement and even violence in words or conduct.  Disappointment is quieter.  It’s softer.  It’s the awareness that one’s hopes will not come to be.  It has an element of sadness in it.

But the key question is what do we do as we experience the sudden arousal of these emotions, whether anger, shame, disappointment, embarrassment or a mix of them all?

The instantaneous response of Chock and Bates when they fell was to get back up.  And to continue their routine.  They barely missed a beat. I watched the replay several times.  They nearly did a complete spin down on the ice and then lifted themselves back up and continued dancing.  Extraordinary.

There’s a maxim in Japanese Psychology I often refer to when I teach,

“Seven times down, Eight times up.”

The maxim is Japanese, but in this performance, I witnessed an exemplary display of this philosophy by two American skaters.

Let’s give them a standing ovation.

I will remember Chock and Bates for a long time – remember them longer than many of the medalists this year. They offered something priceless – a lesson in how to live and how to cope with disappointment. 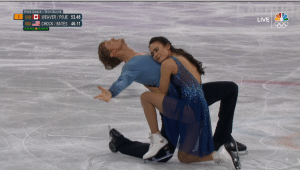 A deep bow to both of them.