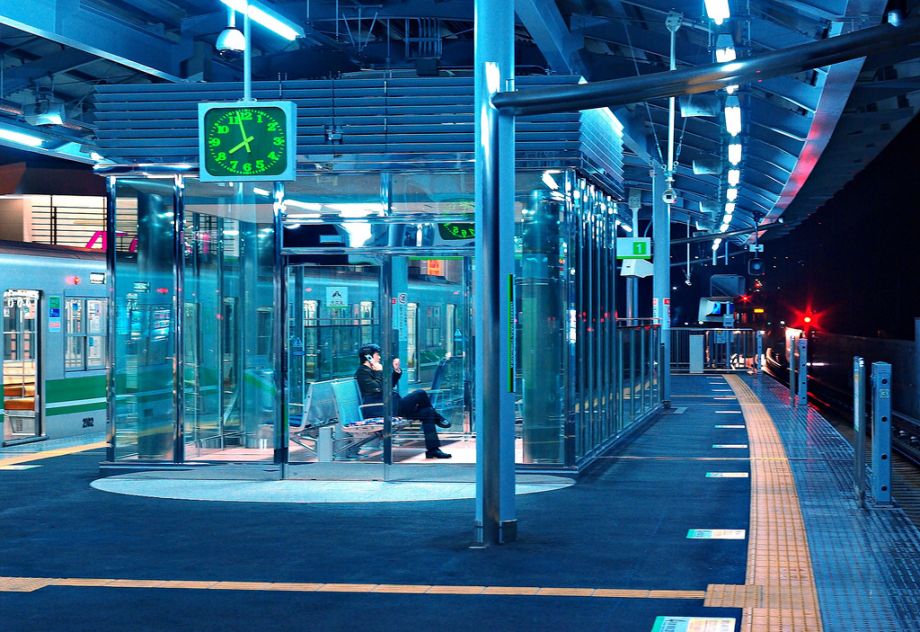 Japan has one of the highest suicide rates in the world – approximately 50% higher than the U.S.

For Japanese men, age 20-44, suicide is the leading cause of death.

People regularly take their own lives by leaping from station platforms into the path of oncoming trains, with Japan averaging one such incident each day. And this brutal, disruptive act also wreaks havoc throughout an intensely overcrowded transit system.

Tokyo, itself, is a model of stressful urban living. Workers spend an average of 67 minutes commuting, and those 67 minutes may be spent on a train crowded with four times as many passengers as it’s designed to carry. Also, awareness about mental health issues is low so it is less common for people to seek counseling. Finally, there is a lingering belief that suicide is an honorable way to purify wrongdoing, and in some cases perhaps even a beautiful, romantic act.

To address the issue of suicides in train stations, some train stations installed chest-high barriers as a means of preventing suicide attempts. While barriers and automatic gates are a deterrent they aren’t a solution — motivated people simply climb over them. Also, barriers are expensive and about 70 percent of Japan’s stations do not have the platform space or structural strength to accommodate them. While there are hopes to have platform barriers installed in all 243 of Tokyo’s train stations by 2032 (at a cost of $4.7 billion), rail operators in the interim have implemented alternative approaches. 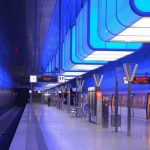 Less expensive are panels composed of blue LED lights. Standing at either end of a platform in Tokyo’s labyrinthine Shinjuku Station, one might detect a small square LED panel emitting a pleasant, deep-blue glow. Nestled among vending machines and safety posters, the panel might be dismissed as a bug zapper. But these simple blue panels are designed to save lives.

Operating on the theory that exposure to blue light has a calming effect on one’s mood, rail stations in Japan began installing these LED panels as a suicide-prevention measure in 2009. They are strategically located at the ends of each platform—typically the most-isolated and least-trafficked area, and accordingly, the point from which most platform jumps occur. Some stations, such as Shin-Koiwa Station in Tokyo, bolster their LED regime with colored roof panels, allowing blue-tinted sunlight to filter down on to platforms.

The blue lighting has proven to be surprisingly effective. According to a study by researchers at the University of Tokyo published in the Journal of Affective Disorders in 2013, data analyzed over a 10-year period shows an 84 percent decline in the number of suicide attempts at stations where blue lights are installed. The exact reason why the lights are effective isn’t known, but some researchers theorize that it’s related to the apparent positive effect of light on mood.

This dramatic method of suicide intervention has generated little fanfare around the world. But imagine if a new drug was discovered that could reduce suicide rates by 84%. Pharmaceutical companies would be spending millions of dollars marketing such medications. But the success of Tokyo’s blue light train stations demonstrates that solutions to mental health problems can be contextual and not just individual or medical in nature. Changing the environment can sometimes have a dramatic impact on our mental health.

Thumbs up to https://www.citylab.com/ for the original story.