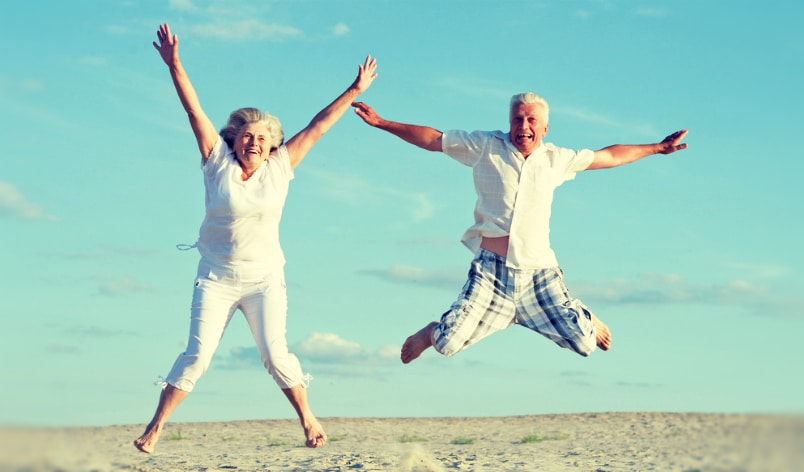 “To know how to grow old is the masterwork of wisdom, and one of the most difficult chapters in the great art of living.”

In George Vaillant’s recent book, Aging Well: Surprising Guideposts to a Happier Life (Little, Brown and Co., 2002) he shares his conclusions about healthy aging. He knows a lot about it. He’s directed the Harvard Study of Adult Development for the past 35 years, arguably the longest study of aging in the world. The study has followed 824 men and sixty women for more than 60 years. Vaillant claims that there are seven key indicators of a person’s life at age 50 that are pretty good predictors of where they will be (or if they will be) at age 80. As the study participants are now reaching age 80, Vaillant characterizes the most successful group as the Happy-Well. These individuals were, by age 75, still physically active, happily married, had rewarding friendships, did not take psychiatric medication and were very satisfied with their lives. The opposite category were people characterized as the Sad-Sick. Here are the seven indicators that, at age 50, most successfully predict where you’ll be thirty years later.

Not being a heavy smoker before the age of 50 was the most important single predictive factor of healthy physical aging. Among those with college educations, heavy smoking (more than a pack a day for thirty years) was ten times more frequent among those who died prematurely than among the Happy-Well. Yet if a man stopped smoking by about age 45, the effects of smoking (as much as one pack a day for twenty years) could, at age 70 or 80, no longer be discerned.

This is the only factor in the study that powerfully predicted both psychosocial and physical health. Alcohol abuse was defined as multiple alcohol-related problems (with spouse, family, employer) or evidence of alcohol dependence. The study reveals that alcohol abuse is a cause rather than a result of increased life stress, of depression, and of downward social mobility.

These three protective factors were also important to healthy aging. Obesity, like smoking, was bad only for physical health. Good marriages and exercise were good for both physical and psychosocial health.

lthough length of education is often viewed as merely a manifestation of social class and intelligence, its association with healthy aging depended upon neither of these factors. The components of education that appeared to correlate with physical health in old age were self-care and perseverance not IQ and parental income. When the men in the Harvard study were compared to a group of college-educated inner city men, parity of education alone was enough to produce parity in physical health even though the Harvard-educated men had the advantage of childhood social class, IQ, higher income, and jobs that had more status and prestige.

“The good news is that most of us if we start young and try hard can voluntarily control our weight, our exercise, and our abuse of cigarettes and alcohol, at least by the time we are fifty. . . we can improve our relationships with our most significant other and use fewer maladaptive defenses. . . Whether we live to a vigorous old age lies not so much in our stars or our genes as in ourselves.”

Vaillant has made a valiant attempt to take an academic study and report it in a way that provides sound, common sense advice to readers. And many of its conclusions, like those above, are not necessarily surprising. Perhaps one of the most interesting conclusions is that by the time you are age 50, many of the factors thought to be developmentally important like birth order, death of a parent, happy vs sad childhoods, even the genes we inherited, are relatively unimportant factors in where you go from there. If you’re interested in learning the lessons of aging from those that have gone before you, this book is an excellent map.