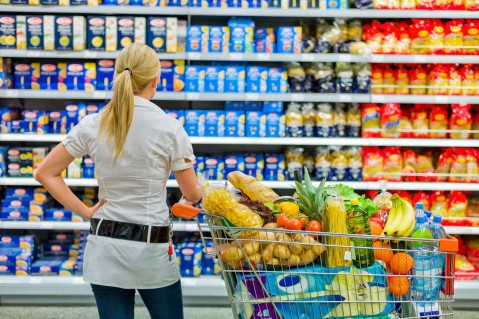 My grandmother was a very busy, focused and productive woman.  The three delicious meals she prepared every day for her family of ten (including home-made 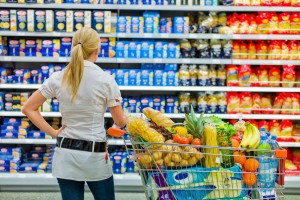 soup and Italian bread each day for lunch) are still talked about today. Needless to say, at that time, all meals were made “from scratch”, using whole foods, a dash of creativity and a good dose of time.  In addition to all of her other household responsibilities, she was an extraordinary seamstress, who made all eight of her children’s clothes, sewing well into the night.

I remember how tired (and satisfied) she would look in the evening when she finally took a rest in her chair. I’m sure she was physically tired but I doubt she had “decision fatigue”.  She did almost all of her shopping at the neighborhood general store, which covered a lot of territory but offered very few options for any one item.  While I have dozens of cookbooks to look through and endless internet recipes at my fingertips, she primarily relied on her own resourcefulness.  While I have countless racks of clothing choices available to me, at countless large and small stores, she sewed her own clothes with what was available to her.

She was tired from doing, not from deciding.

But think about the decisions and temptations that are woven into our modern life today. Rather than making salad dressing, we are tempted by dozens of tasty and convenient options, each with its own factors to be compared, including calories, ingredients and cost. Same for the cereal aisle, milk options, drinks, frozen entrees, you name it.  Research has clearly shown that decisions take a toll on us. They drain our mental energy, though we might not be aware of it at the time, leaving us vulnerable to bad judgments and poor self-control. This is particularly true for the poor, whose decisions involve a lot of trade-offs. If saying yes to milk means saying no to juice, you will experience a different degree of stress from the decision-making process than will those who can afford both.  As John Tierney, of the New York Times, points out:

“The more intense the decision fatigue, the greater the loss of self-control. Those candies at the checkout stand can be very hard to resist if your energy has been depleted, aisle after aisle, product after product.”

There’s also another reason those Skittles at the cash register are so popular. As many of us have figured out on our own, glucose helps to restore our willpower and improve our self-control. It’s tricky – we need willpower in order not to eat, but need to eat in order to have willpower.

Decision fatigue plays out in our professional lives as well, often in a dramatic way. Over the course of a year, 1,100 parole board decisions were analyzed and the findings are dramatic and clear. According to John Tierney of the New York Times, “Prisoners who appeared early in the morning received parole about 70 percent of the time, while those who appeared late in the day were paroled less than 10 percent of the time.” It takes a great deal of mental energy to evaluate all of the particulars of a case, weigh them and come to a decision. It is much easier, when energy is low, to say no. It’s the safe and easy path when we can’t muster the energy.

The other scenario for those of us who are experiencing this phenomenon, is that we become more impulsive. Rather than saying no, we say yes, without our normal degree of caution and evaluation. It’s the sorting through and weighing that feels daunting and exhausting. Jumping to a premature decision is another scenario that can result.

So we are not only vulnerable to our own decision fatigue, but to each other’s as well. What are the practical implications of this issue? How can we skillfully minimize the impact of this phenomenon? As this theme filters into our collective consciousness over time, we will hopefully discover some good answers to these questions, but here are a few simple things we can do for now:

We can’t eliminate the need to make decisions. They are woven right into the fabric of our lives, from the time we wake up until the time we go to bed. But we would all be better off if we can develop skills and awareness around the issue. Any ideas? We’d love to hear from you.

(By way of “Do You Suffer From Decision Fatigue?” by John Tierney, The New York Times Magazine)