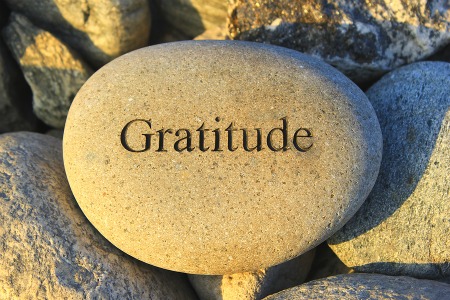 A four year study showed that grateful teens are more likely than their less grateful peers to be happy, less likely to abuse drugs and alcohol and less likely to have behavior problems at school.

“Gratitude played an important role in many areas of positive mental health of the teens in our study,” said lead author Giacomo Bono, PhD, psychology professor at California State University. “Increases in gratitude over a four-year period were significantly related to improvements in life satisfaction, happiness, positive attitudes and hope.”

Researchers asked 700 students ages 10 to 14 to complete questionnaires in their classroom at the beginning of the study and again, four years later.

Moreover, the more grateful teenagers showed slight reductions overall in delinquency, such as alcohol and drug use, cheating on exams, skipping school, detention and administrative discipline,” he said. “For instance, the top 10 percent of those who developed the most gratitude showed 9 percent less delinquency than the bottom 10 percent.”

“These findings suggest that gratitude may be strongly linked with life-skills such as cooperation, purpose, creativity and persistence and, as such, gratitude is vital resource that parents, teachers and others who work with young people should help youth build up as they grow up,” Bono said. “More gratitude may be precisely what our society needs to raise a generation that is ready to make a difference in the world.”

by way of Science Daily.com