It’s not just about who got elected, but gratitude that we have elections at all (Audio)

Home 2012 November It’s not just about who got elected, but gratitude that we have elections at all (Audio) 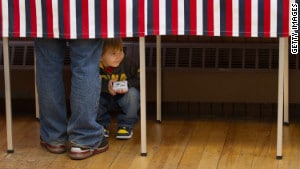 The day after the U.S. elections, the internet and media are full of analysis of who won, who lost and why. But if you scan the responses of people around the world you will find that the response, in many cases, is less about who won the elections, and more about an admiration that the U.S. has popular elections that are relatively open and uncorrupt. Most of us take the election process for granted. In fact, only 50-60% of Americans who have the privilege of voting actually voted yesterday. And that number is lower, in most states, than it was in 2004.

This NPR clip is from several Chinese students who had a chance to vote for the U.S. President in a mock election at the U.S. Embassy selection party in Beijing, China. Our democratic elections stand in stark contrast to the upcoming transfer of power within the Communist Party which will take place in China over the next several weeks. So even if your candidate lost or you’re not happy with the results of some of the elections, you can still take a moment to realize how fortunate we are to have the opportunity to cast a vote and have a say in the future direction of this country. In many countries, this would be a novelty.