When Plans and Reality Collide: The Tale of Victoria’s Garden

Home 2012 July When Plans and Reality Collide: The Tale of Victoria’s Garden 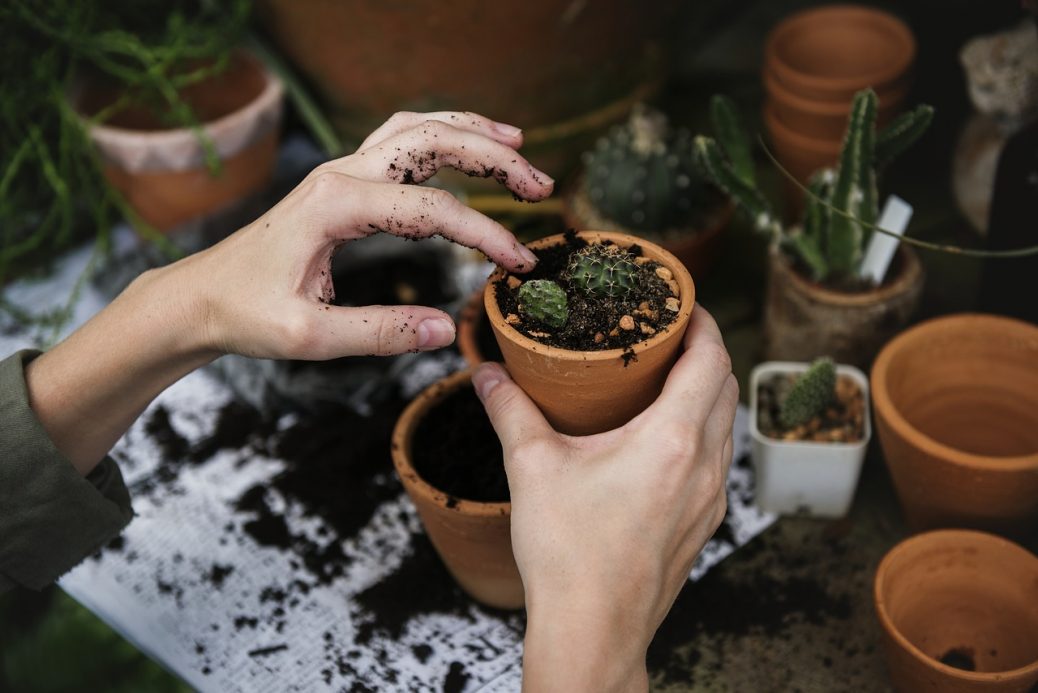 “We climb to heaven most often on the ruins of our cherished plans, finding our failures were successes.” �Amos Bronson Alcott (1799 – 1888)

Several years ago, on a chilly winter day, Victoria and a friend got together over steaming bowls of soup and hot buttered homemade bread and began designing her garden. Each weekend for weeks thereafter, they worked out the details of which plant varieties, structured walkways, and artistic works would best symbolize principles from the Kabbalah that were central to Victoria’s experience.

One day, the sun shone high and clear, a light breeze blew, and the rosemary bushes beside the front sidewalk blossomed with tiny white flowers. At last, spring had arrived! The day before planting was to commence, Victoria went to Tallahassee to care for her father who had been mute and paralyzed for seven years (a task she often said she would never have believed she could accomplish until it became necessary for her to do so). While she was away, unbeknownst to her, engineers came to fix the backyard drainage. They bulldozed the entire yard of plants, dug numerous tunnels, dropped French drains into them, and covered them over with a thousand pounds of gravel. Finally, they plucked a shed from its home on one side of the yard and deposited it on the other, leaving a giant scar in the earth where it had previously stood.

Upon her return, Victoria was horrified to see that her master plan was ruined. Details of her original layout would now be impossible to create. Before she could devise an alternate plan, morning arrived and with it all new plants for her garden. To Victoria’s frustration, the gardener’s assistants arrived without their leader, leaving her with two men who did not speak English and an older gentleman who, like Victoria, did not know the proper conditions under which each plant would thrive.

In addition, several plants were missing from her order, including a large ornamental tree that was to be the centerpiece of the garden. In its place stood a tree that seemed highly inappropriate for its intended location�a very humble-looking elm that would produce no edible fruit. Despair overcame her and as she stood in her driveway, Victoria began crying. At that moment, a neighbor peered through her window, saw Victoria in tears, and ran to comfort her. She listened as Victoria haltingly related her story, then grabbed a stick, and began drawing a circular pathway in the ground, a figure similar to a mandala. Grateful for her neighbor’s company and inspired to continue working, Victoria began placing the new plants here and there around the primitive mandala.

Constructive as this activity was, Victoria was still quite angry when the crew leader finally arrived. As soon as he got out of his truck, she began giving him a piece of her mind. The entire turn of events had been too much and she intended to spare him no detail of how he had troubled her. Suddenly, a hummingbird flew fast and hard into her head, circled behind her, and fluttered there for a few moments before flying away. The crew and Victoria were momentarily stunned. Victoria knew the hummingbird was a creature revered by Natives Americans as a messenger of the spirits, a symbol for the urgent need to restore balance in one’s life.

As she paused in her outburst, it suddenly dawned on her that everyone around her was there to assist her as best they could, including her neighbor, the apologetic crew leader, and the men who tried heroically to communicate with her in her language. It was true that the crew leader and his cadre of engineers had made a terrible mistake. But it was equally true that the mistake could not be undone. So, slowly and methodically, Victoria and the men finished the job they had begun, arranging plants in groups of three, laying mulch, and chatting politely in broken English.

Grateful as she was for the crew’s help and for her neighbor’s intuitive assistance in giving form to her garden project, Victoria was still without vision for the whole of her garden; order, even beauty, without meaning was not enough. As weeks passed, Victoria contemplated the unplanned layout of her new garden, including the mandala. One thing she knew: she would work with what was at hand, with what naturally presented itself. Indeed, she was no longer inspired to seek anything more obscure.

While rummaging around her attic one day, she unpacked sculptures she had collected years ago, pieces that represented Jung’s idea of the “heroic journey,” that is, creating a persona in young adulthood (Maiden), then dismantling it in the second half of life (Mother) as one moves toward old age (Crone) and the wisdom the no-Self, or God.

She placed the Maiden, Mother, and Crone pieces in a triple spiral pattern within the mandala. An unexpected connection was forged. Something had shifted. Images for the garden were suddenly available, wherever she turned. The next day, while browsing in an out-of-the-way garden store for tools, she spied stone representations of the Seven Deadly Sins which she took home and displayed at even intervals along the pathways of the mandala. Soon she remembered her collection of angel sculptures long relegated to the basement and got busy creating an area for Naikan reflection on one’s helpers or “angels.”

Staring one day at the gravel she never wanted, she decided to make a pathway over it to the little shed-turned-cottage using hexagonal stones which she placed in a cross pattern so that she could get to it from either of three sides. Soon after, she was a bit startled to notice that this pathway was connected to her mandala circle in such a way as to represent a cross. Ah! Her Catholic friends would love this. She hung a rosary in the tree next to the shed and invited her friends to tour the mandala and gardens while walking their rosary.

Eventually and quite spontaneously, a friend presented her with what became the governing image of her garden: a Jacob’s Ladder/Sarah’s Spiral sculpture, representing the creative marriage of linear and intuitive thinking, sensation and intuition.

One Indian summer day, she climbed to her neighbor’s second story porch and looked down upon her garden. It occurred to her that while the elm tree had been sent in error, it was perfect as a centerpiece for this garden devoted to the cultivation of wisdom and skillful action. Then it struck her that this garden was of far greater use to both herself and her diverse group of friends than her original plan could ever have been.

Although the garden that Victoria tends today holds great meaning for her and others, the process of creating it was far different from what she had envisioned. At a critical point, despite her transcendent vision and with the aid of a highly synchronistic and rather humorous outer event (the hummingbird!), she stopped long enough to see clearly what could be accomplished with the reality directly in front of her: to surrender the details of her vision, to acknowledge her gratitude for what others were trying to do for her, and to allow a bridge to form from her original idea to a more relevant one. For those to whom images speak louder than words, her garden is a treasure for Naikan reflection and Morita-style goal tending.

For me, her garden reflects my own experience of the way in which doing what needs to be done creates meaning that we can’t always foresee. Knowledge of Archetypal realms can set the direction in which we dream, but it is bare attention and gratitude that brings these dreams into reality.

Kathy Burris is a public librarian, animal welfare activist, and student of Japanese and Archetypal psychologies. She lives in DeLand, FL with her husband and four houserabbits and is currently completing requirements for certification in Japanese Therapies through the ToDo Institute.

Victoria Register-Freeman, is a teacher, writer, wife, mother, and instructor of Japanese psychology and Jungian typology. She is a frequent contributor to Thirty Thousand Days and recently opened a Bed and Breakfast in Jacksonville, Florida.