Finding Your Purpose by Taking Action 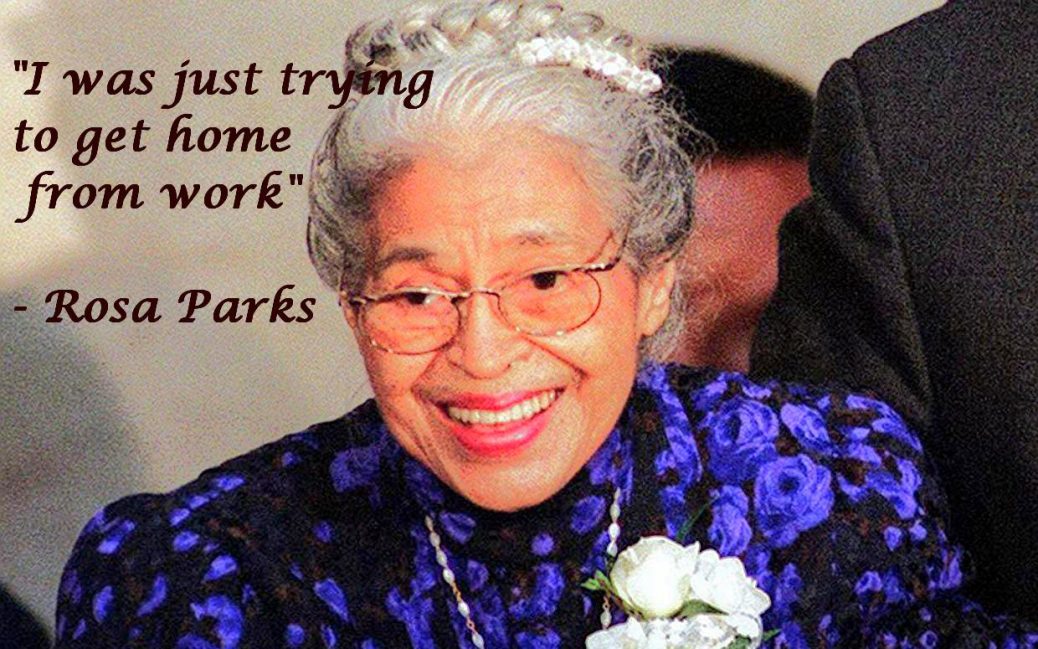 Finding Your Purpose by Taking Action
by Gregg Krech

For many years my family attended an inspiring event celebrating Martin Luther King, Jr. at Middlebury College. The format of the celebration alternates inspiring Gospel music, sung by a 60 person choir, with excerpts from King’s speeches and sermons. Several years ago, because of the death of Rosa Parks, they included a reading of hers as well, one in which she described, in detail, the famous “bus incident” in Montgomery that left quite a legacy on our society over the past 50 years.

I found myself pondering a particular element of that incident – that it was unplanned. There seems to be strong evidence, including Mrs. Parks own testimony, that she never intended to create any type of incident when she got on the bus that day. She did not sit in the front of the bus (in the white section), but rather in the middle of the bus, just behind the last row of white people. It was only because the bus got crowded that she was asked, firmly and repeatedly, by the bus driver, to move to the back of the bus. 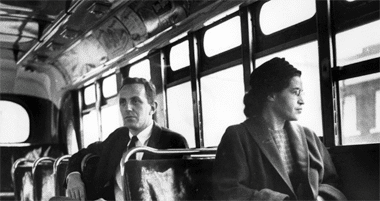 She kept her seat.

She seems to have made that decision in an instant, without much time to plan, analyze or consider the implications of her actions, except the likely possibility that it would lead to her arrest. It could just as easily have led to her being lynched.

So she left this rich legacy upon the world that includes voting rights for African-Americans, desegregation, and a whole sequence of civil rights legislation. That legacy includes the rise to leadership of Dr. Martin Luther King, Jr. (who was thrust into leadership as the head of the bus boycott) and his eventual assassination.

And all of this was prompted by an unplanned, spontaneous decision to remain seated in a bus seat.

She seems to have found her life’s purpose as a result of her action rather than in contemplation of it. Following the boycott, Parks moved with her family to Detroit, Michigan. A newly elected member of the House of Representatives named John Conyers Jr. hired her as a staff assistant. She remained there until 1988, when she retired. 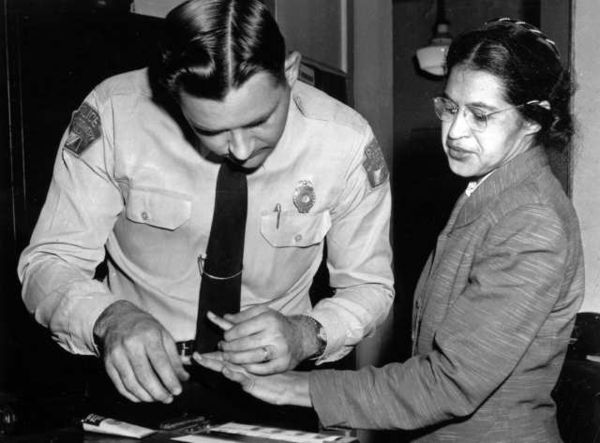 “There are very few people who can say their actions and conduct changed the face of the nation,” said Conyers. “And Rosa Parks is one of those individuals.”

During the celebration, an actor recites several King speeches. There’s the famous speech where he says “I’ve been to the mountaintop.” King makes reference to the natural desire to live a long life, but he then states that the desire to stay alive is no longer a driving force in his life. I felt as if I was watching a man who had discovered a mission that had transcended his individual life. He could see his life and his work from a perspective that was no longer attached to his own needs and wants.

You and I are not Martin Luther King, Jr. We are not Rosa Parks. And we should not attempt to be them.

Gregg Krech is the author of five books on Japanese Psychology and teaches an online course each January called Living on Purpose as a way to help people clarify their purpose and get on track in the New Year.  For more information        http://www.todoinstitute.org/ldlp_purpose.html