It’s All About Grace

Home 2012 December It’s All About Grace 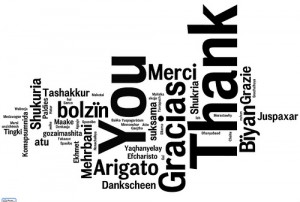 Walking to Wayside today, I came across a man who had spent the night out on the footpath. There was a large stream of urine, flowing from his trousers across the footpath and down the gutter. I walked over to him just to check that he was ok or to see if he’d like us to organize a shower and a change of clothes. He recognized me and clearly wanted me to help him to his feet. It was a struggle getting this wobbly man to stand upright. Once the balance thing was under control, he suddenly tried to stand as upright as he could and to my surprise he saluted me and said, “Welcome to Drama Lane” and then settled back down into his wet spot on the footpath.

We don’t breathe by our own design and yet instead of a deep and profound wonder at the gift, we’re often upset because the trains are late or our feet hurt.

The odd thing about this place is that unspeakable joy and heartrending agony are never far away from each other. Out the front yesterday was a young woman who seems to always bring a sense of sadness with her. She might be 30 I guess but I’ve seen her age by 10 years in the past 12 months. Yesterday she had been drinking and was perched on our front fence looking lost. I asked if she was as lost as she looked. She replied that although life was pretty dark, that we “all need to look for the positive.” She said that we had to believe that better days were ahead, “Otherwise”, she said, “we might as well jump under that truck.” There was a large truck heading down Hughes St. I grabbed her by both hands and said, “Let’s jump!” She gave me a kiss on the cheek and said, “thanks Rev, I never expected to laugh today.”

At around 8 pm last night as I was leaving Wayside, there was a woman at the back desk seeking to get some warm track pants for the night. She was an unusual size and she was telling our staff to look harder to find pants that would be suitable for her. The staff found a pair and as she took them, instead of saying, “thank you”, she said, “You people need to use your eyes!” It seemed such a silly thing to say that I added, “That’s what I’m talking about!” At this, the lady went into a spin of surprise and yelled at top note, “The Lord is on my side!” I think the staff and volunteers knew that I wasn’t the Lord and that I was on their side too.

It’s not easy to be grateful is it? I once arranged for a landlord to return two years worth of rent to some tenants so as to enable them to get out of the rental market and buy a home of their own. When we made this gift, the young couple asked where the interest on their money had gone. The lady last night walked away with new warm clothes, not happy about the gift of the clothing but because she thought the Lord had backed her up in criticism of our staff and volunteers. I guess none of us invented ourselves. We know ourselves as the product of the love or otherwise, of others. We don’t breathe by our own design and yet instead of a deep and profound wonder at the gift, we’re often upset because the trains are late or our feet hurt. In stark contrast however, the greatest stories that I have seen in recent years, have come because people have started to recognize “gift” everywhere. A dear friend, who I met here as a homeless man, says to me often, “It’s all about grace”.