JUST DON’T BUY IT: “RETAIL THERAPY” IS NOT A CURE FOR THE MODERN BLUES

Home 2017 June JUST DON’T BUY IT: “RETAIL THERAPY” IS NOT A CURE FOR THE MODERN BLUES 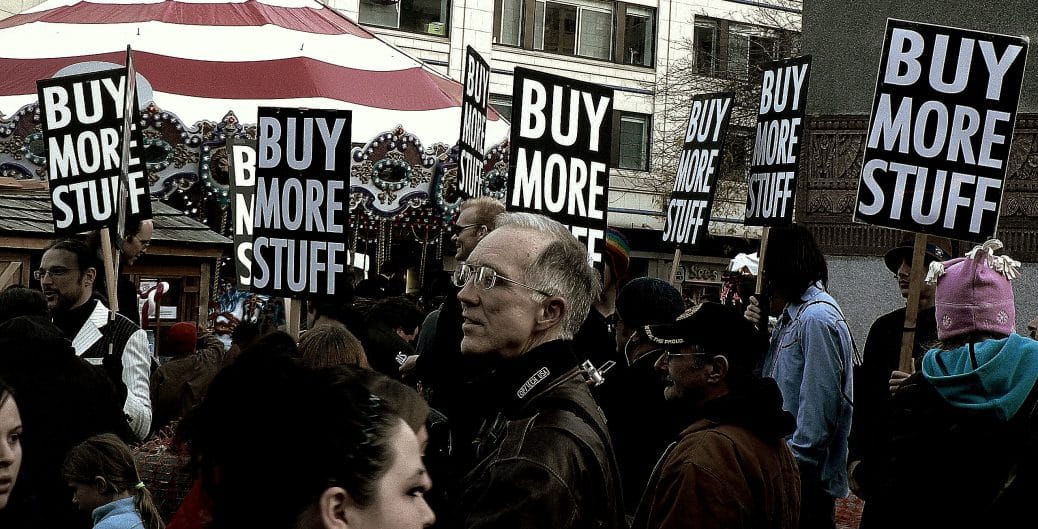 Adapted from an article by Ben Summerskill

“People spend their lives honestly believing that they have almost enough of whatever they want. Just a little more will put time over the top: then they will be contented forever.”

For a generation, retail therapy has offered the ultimate salvation from the stresses of modern living. But a major new study now suggests that for millions of people, binge shopping is no longer an emotional cure-all. If anything, it may make you feel worse.

“For significant numbers, dissatisfaction is now part of the shopping process,” said Lucy Purdy, of analysts Publicis, which carried out a nationwide study in England. “Shopping is offering a short-term buzz, but as a society we now recognize that and we’re getting fed up with short-term emotions.”

The European Union published a continent-wide survey into addictive spending earlier this year. It found that 33 per cent of consumers displayed a

“high level of addiction to rash or unnecessary consumption,”

a tendency that often leads to indebtedness. In London’s Oxford Street yesterday, Rachel Yates admitted: “I go shopping when I feel low to cheer myself up. It does make me feel better but only for that night really. Often having spent the money makes me feel worse later on.” Her dilemma was echoed by fellow shopper Margaret Kurmi, “I go shopping to cheer myself up. But nowadays it only makes me feel good for 24 hours.”

Throughout western civilization, younger generations are brought up to believe that the pursuit of status and wealth is the root to fulfillment. But this has turned out to be manifestly not true. According to psychologist Oliver James, “If you are in the top two thirds of earners in a developed nation, how much richer you are now has no bearing on your mental health or well being.” “Advertisers would like us to think that shopping is a reason to live,” says psychologist Cheryl Carmin.

If you are a compulsive shopper or tend to go shopping when you feel depressed, here are a few tips from the ToDo Institute that might help:

Adapted from an article by Ben Summerskill which appeared in the electronic edition of The Guardian.