How to Cope with Post-Election Shock Syndrome

Home 2016 November How to Cope with Post-Election Shock Syndrome 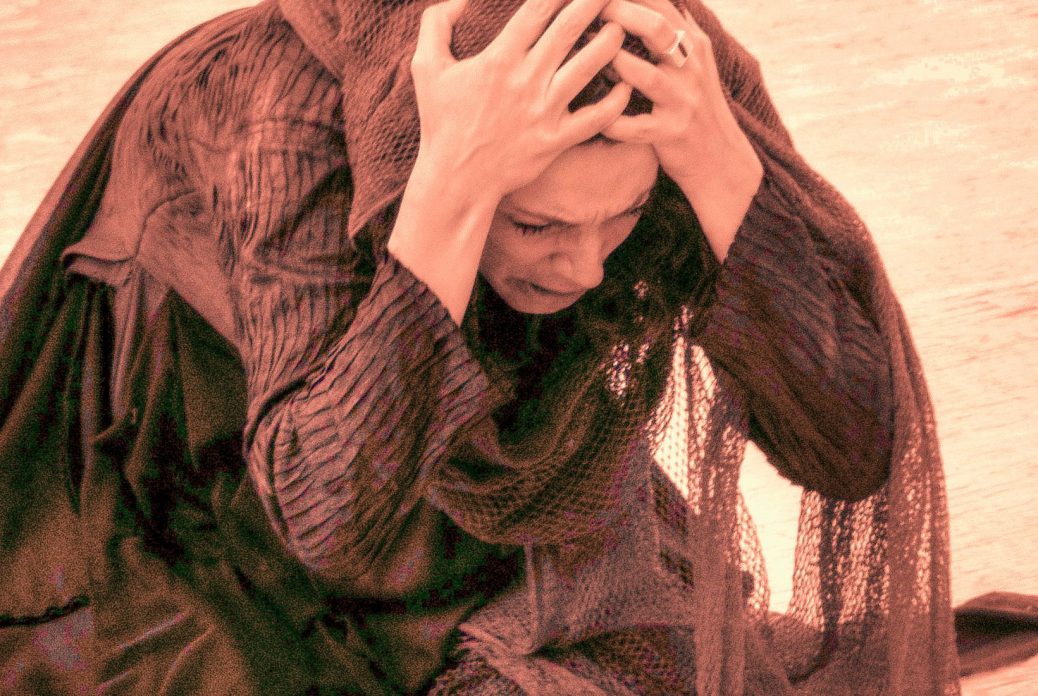 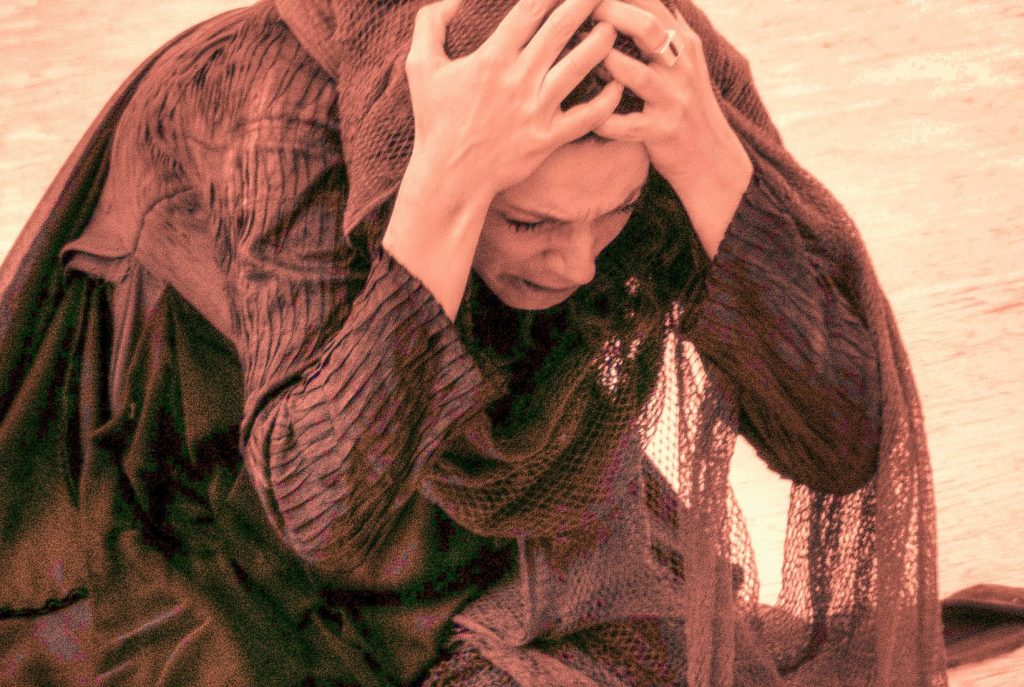 In the most recent issue of Thirty Thousand Days we published an essay by Zen teacher, Ezra Bayda.  He claims that when we are in a heightened state of emotional distress much of our suffering comes from the negative thoughts we add to whatever is happening.  Our minds spin as we construct imaginary futures from bricks of doom and gloom.  By stepping back and considering “Not Happening Now” we may be able to distinguish between the actual reality of the present situation and our constructed thoughts about it.  We ask ourselves, “What am I adding to the reality of the situation in the present moment?”

“This phrase allows us to drop the stories and actually be here now – to come back to what is actually happening now, such as breathing, the bodily experience, or awareness of our environment.”
– Ezra Bayda

The polls have closed. The election results are in. You have no control over the outcome at this point.  You can’t control who won or lost.  You can’t control what is being said on CNN or Fox News.  In addition to these external events, you also can’t control your inner experience – your thoughts, feelings and body sensations.  You may feel anxious or depressed or angry: these are all emotions over which you have no direct control.

When you’re faced with a situation that is confusing and distressing, one of the most helpful things you can do is sort out what is controllable and what isn’t.

In the chaotic soup of your life today, what can you control?  You can control getting out of bed, taking a shower and making coffee.  You can control your actions, including getting your body moving (exercise). You can also control whether you listen to the news, read the news, complain to your colleagues and family members or eat two pints of Ben & Jerry’s ice cream at lunch.  Clarity about what’s controllable and what isn’t is important.  It points you toward the best ways to use your energy and helps you avoid wasting energy.  There are important things you need to do today.  Do them.  Ground yourself in constructive action.

In my skill-based model of A Natural Approach to Mental Wellness one of the skills we need to cultivate is Acceptance.  The Japanese psychiatrist, Shoma Morita, used the term “arugamama” to describe the experience of “accepting things as they are.”  What do we need to accept?  Well, let’s start with the list of things we can’t control.
Over the course of our lives we will face disappointment again and again.  Sometimes our disappointments are small, like when a restaurant doesn’t have our favorite dish.  Sometimes they are more significant, 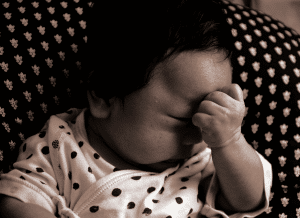 like when we don’t get the job we applied for or when the medical tests come back with disappointing results.

If you really, really wanted Hillary Clinton to be President, then you probably feel a deep sense of disappointment. How will you manage that disappointment?  How will you get from where you are to a place of acceptance and how quickly will you be able to make that shift?  When we see a young child throw a tantrum because she didn’t get what she wanted in the store, we are witnessing someone who hasn’t learned to manage disappointment. We need to learn wise, spiritually mature ways to manage our disappointment.  This election presents a wonderful opportunity for practice.

Working with Your Attention

In Japanese Psychology, we have a maxim,

Your experience of life isn’t based on your life, but on what you pay attention to.

At the end of the day, your experience, looking back, will be shaped by what you attended to.  Will you watch, read and listen to the post-election analysis and commentary?  Will you play music?  Will you notice the remaining maple leaves in the lowest branches of the trees?  When you are emotionally distressed, distraction is your friend.  Activities that require physical engagement help shift your attention away from anxious thoughts and feelings by involving you in the task at hand.

You can learn how to work with your attention.  Notice when you are ruminating and caught up in anxious thoughts and bring your attention to the world around you – the color blue, anything with an oval shape, the sounds of your environment. . .  One of my favorite exercises is writing a haiku poem (three lines with 5-7-5 syllables) about something I notice in my surroundings.  Actively shift your attention to the present moment and to the world around you.  Be curious.  Investigate life.

Coexisting with your Internal Experience

Another skill we can cultivate is to coexist with our internal experience while taking action or while restraining ourselves from acting.  We may feel a sense of despair about the future, but can we take that feeling with us while we wash the dishes or do our laundry.  We don’t need to fix, transform or work on our feelings.  We learn to function and move forward with our life even as we feel depressed, upset or angry. I’m not saying this is easy.  But it is empowering and a much better approach to life than allowing ourselves to be paralyzed by unpleasant feeling states. We don’t work through our feelings by expressing them.  Instead, we work through our feelings by living through them.

“The root of suffering is resisting the certainty that no matter what the circumstances, uncertainty is all we truly have.” 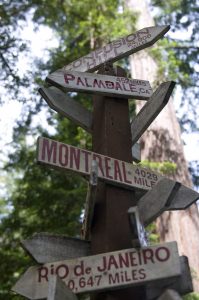 Our attempts to control life are attempts to create something solid to grab on to.  But there isn’t anything solid.  There’s impermanence, change, mystery, unpredictability. The wise person cultivates the ability to become comfortable with uncertainty.

In our busy lives we rarely take time to reflect on ourselves.  We may ruminate about past events or complain about how others have caused us suffering, but that’s not true self-reflection.  Naikan is a Japanese method of self-reflection that involves reflecting quietly on three questions within a particular theme or relationship with another person.  With regards to the recent election, the first question is . . .

What did I give?
I voted. I gave my wife a neck rub when the results from Florida were being tallied.

What troubles and difficulties did I cause others?
This is a rich, though uncomfortable question. It asks me to look at what I did and didn’t do with regard to the election.  Was I judgmental or self-righteous in relation to others whose opinion differed from mine?  Did I take time during work hours to deal with political content instead of working?  Did I participate fully in the political process during the campaign or during the time since the last election?  Could I have done more to influence the outcome of the election in a way that I think would have benefited our country and fellow citizens?  You’ll notice that when we are reflecting on ourselves the energy shifts away from blaming or criticizing others and towards an authentic process of self-examination. 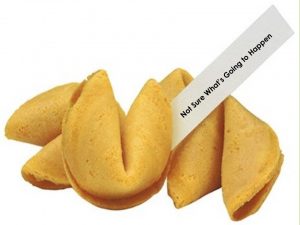 I heard a story several days ago about a regional election in India.  When the votes were finally counted, one of the candidates lost by one vote.  Yes, just ONE vote.  There was a recount.  Same result.  After the election, it was alleged that the wife of the winning candidate voted illegally.  She voted twice, once under her married name and once under her maiden name.  There was an investigation, but it took four years! During that time the man who lost the election ran for another office.  He won.  And as a result, he was later appointed to be the National Minister of Railways for all of India – a position he would probably not have attained had he won the initial election.

So we don’t really know what’s going to happen now.  The news commentators will spend hundreds of hours over the next several months speculating about this.  But nobody really knows.  For the time being, take a deep breath and use the experience to work with disappointment or despair.  Cultivate resilience and authenticity.  It’s not the end of the world – that’s just a thought.  And it’s not the thought  that counts.

Gregg Krech will be teaching a course on Japanese Psychology — Gratitude, Grace and a Month of Self-Reflection starting November 16, 2016.