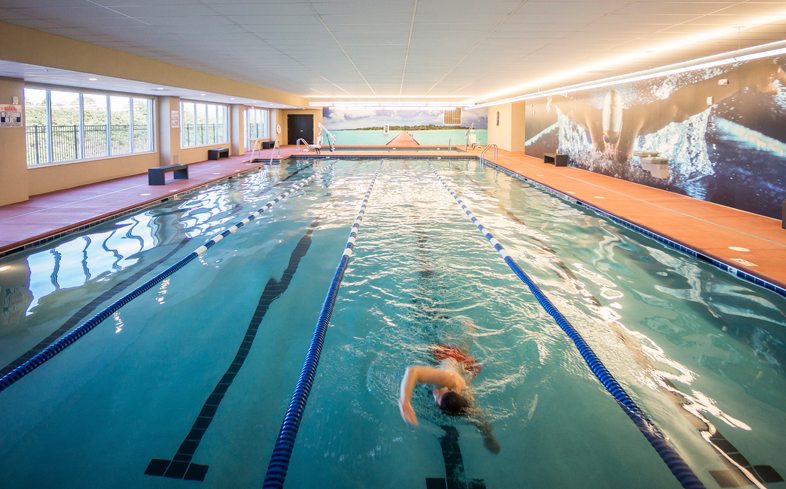 Many years ago, I used to go to the gym/pool three times a week at 6:00 AM, with my mother and a friend. We greeted the usual early birds, and had our pick of equipment, as well as a pool almost to ourselves. Showers and change rooms were plentiful. We thought it was great.

And then a New Year arrived, and that first day back at the gym was crowded, with line-ups for everything.

“What happened?” I asked the attendant.

She was right. Two weeks later we were back to our small group with no more lineups.  What happened?

Here are some thoughts from an article in Fast Company by Dr. Tomas Chamorro-Premuzic:

“So, why are significant changes to our habits so hard to attain?” Psychology provides some useful answers:

“First“, according to Dr. Thomas, “there is a big difference between wanting change and wanting to change. Even when people profess a clear desire to change, what that usually means is that they are interested in change as an outcome rather than change as a process. In other words, most people don’t really want to change, they want to have changed.”

That just about sums it up. I want to be fit, but I am less engaged in doing what that takes than the thought of getting fit. (for the record that is changing) :-))

So, what can we do when we really want to make a change?

For this week why not choose one thing you want to do where you have not been consistent. Make it reasonable. Make it tiny. The Kaizen approach really works. One small step every day. Equally important, according to Stanford professor BJFogg, is to anchor it to something you already do daily without thinking, such as:

You get the picture.

None of us need to use our willpower to brush our teeth. It is an automatic habit. Why not use that to attach something else that you want to make a habit. We all know how to floss our teeth, but do we do it every day? If not, (and you want to) try something like this. I intend to start by flossing my two implants. I don’t like doing it, and I am inconsistent. I hope that by doing just that simple step of flossing implants, every time I brush, I can instill the habit of flossing daily, and, with time, I can add more teeth until I’ve got it. I want flossing to become like the simple act of brushing my teeth. I figure it is worth a try.

When I read the book, The Power of Moments, I liked Dan and Chip Heath’s take on New Year’s Resolutions:

Why wait for a new year if you want to make a change. Jump in at anytime and get started. If you’re struggling to make a transition, create a defining moment that draws a dividing line between Old You and New You. This is why people don’t often change their lives until the worst possible moment. It’s only once they’re on the brink of destruction, that they finally say, ‘I must either give up or rise up.’”

And this brings me to illness (and a pandemic)

It is common when we get diagnosed with a serious illness that we make significant changes in our lives. Some changes are forced on us, such as this pandemic, and others we initiate. For many, illness is that “defining moment” that the Heath Brothers talk about. A catalyst for new beginnings, where priorities and actions take on new meaning and change happens. Many people report a similar reaction during this time of Covid-19.

So, don’t give up on yourself if building a new habit doesn’t come easy. Take it slow and one step at a time. Anchor it to something you already do.

No need to wait for a New Year. We can start anytime.

Trudy Boyle is the program coordinator for ToDo’s Living Fully with Illness project.  She is the former Program Director of Wellspring Calgary, a cancer resource center, and has been working with Japanese Psychology for the past 28 years.