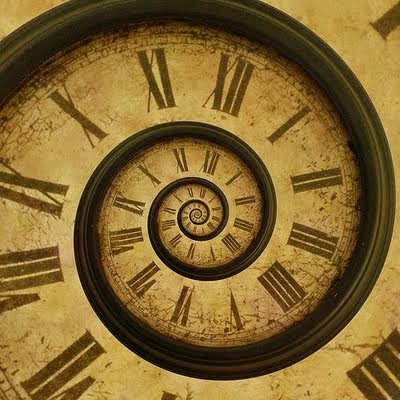 There are many ways in which we “take our time”.  We stroll through the woods or a park on a weekend morning.  We drink a cup of tea or coffee after sharing dinner with friends and we talk endlessly just to enjoy their company.  We read a good novel on a cold winter evening.  Sometimes we’re waiting for someone who’s scurrying about trying to get ready.  But we don’t want them to rush, so we say, “Take your time.” It’s a strange phrase.  You can’t really “take” your time.  However, you can slow down, relax and not rush to get where you’re trying to go.

Yet there are times when you shouldn’t take your time.  If your wife is about to give birth, you should rush, you should move fast. If you see someone drowning in the pond, you should rescue them as quickly as possible.  If you walk into your basement, smell smoke, and find giant flames engulfing the furnace room, you should run out of the house as fast as you can.

The question of whether we take our time or don’t take our time is determined by the needs of the situation, not by our feelings or what we want to do.

The other day I was at a social gathering where I met a former student whom I hadn’t seen for nearly 20 years.  He said, “I’ve decided that I’m going to figure out what I need to do with my life.”

It’s because finding your purpose, or your mission in life, or your “dharma” (as they say in yoga), is not a task in which you should take your time.  It’s more like rescuing the person who’s drowning in the lake.  And you are that person.

My friend who is 77 may live another twenty years.  And someone who is 39 my die before the end of the year.  We just don’t know.  We don’t know how much time we have left – how much life we have left.

At the same gathering a musician happened to play a song by Phil Ochs called, “When I’m Gone.”  The end of the first verse is,

“And you won’t find me singin’ on this song when I’m gone
So I guess I’ll have to do it while I’m here.”

At the end of the second verse, he says,

My pen won’t pour a lyric line when I’m gone
So I guess I’ll have to do it while I’m here.

There are four more verses with the same theme – when you’re dead, you won’t be able to do anything.  So if there’s something you need to do, you better do it while you’re alive.

So what is it that you want to do with your life?  If you know, then get started right away.  Don’t delay.  Don’t take your time.  Feeling anxious, unconfident, unprepared and afraid, just jump in and get started.

And if you don’t know what to do with your life, don’t take your time figuring it out.  Rush. Hurry.  Move quickly.  This is not a fire drill.  This is the real thing.

Phil Ochs says, “I won’t feel the flowing of the time when I’m gone.”  But you can feel it now. The second hand ticks.  The date on the calendar changes.  The leaves burst into green, then change to orange-red and then shrivel up and fall to the ground.

So don’t take your time.  Use your time wisely.  The question of how to use it wisely is an urgent question that demands action.  Now.