How to Avoid Avoidance

Home 2015 May How to Avoid Avoidance 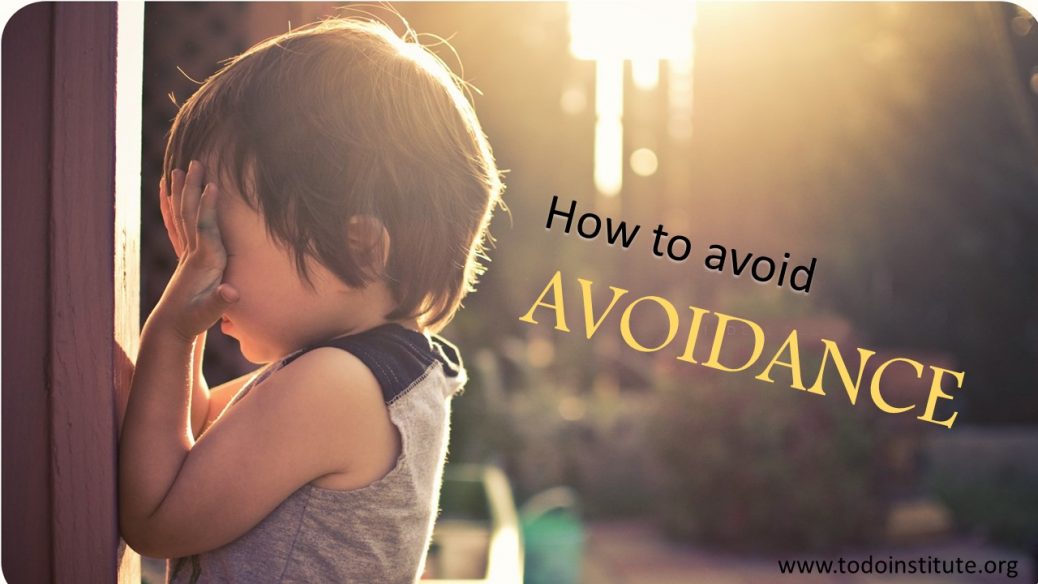 We tend to move toward what we are attracted to. 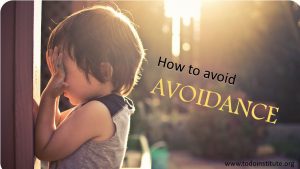 “I think I’ll have another piece of that pecan pie.”

We tend to move away from what we have an aversion to.

“Thank you, but I think I’ll pass on the beets tonight.”

Sometimes we have an aversion to what we need to do. So we find all kinds of creative ways to avoid doing what we know we need to do. And then the thing we didn’t do goes away and we live happily ever after. That strategy doesn’t usually work.

Avoidance has a kind of diabolical quality to it: The more we avoid something, the greater our anxiety or fear of it. Our aversion grows. Our anxiety grows. Time passes. Not doing what we needed to do has consequences. Those consequences are unpleasant. The “thing we didn’t do” haunts us. It stalks us. Eventually the whole story becomes a movie. A scary movie. Maybe even with zombies in it.

There are three ways to avoid being haunted by “the thing you didn’t do.”

The first way is to just do “the thing” when it needs to be done.

That’s it. No problem. Now just move on to the next thing. Most of us are fairly good at this when “the thing” is something we like to do – like going to a movie, depositing your paycheck, picking up dinner at the Chinese restaurant, or shopping for new clothes.

Personally, I like mowing the lawn. I find it very meditative. I prefer it to shopping for clothes, which I find frustrating and unpleasant. If my wife offers to go with me while I shop for some new shirts, I’ll most likely say that I need to stay home and mow the lawn. Which is awkward when it’s January and I live in Vermont. But since I have an aversion to shopping malls, I have to come up with some excuse.

Anyway, if you already do the things that need to be done, when they need to be done, then you’re in good shape and you can stop at the end of this sentence and go shopping, or mow the lawn, or whatever it is that you really need to do.

The second way of avoiding avoidance is what you can do when you don’t always use the first method. In other words, you’re already in the pre-haunting stages of procrastination. You’re already avoiding “the thing you need to do” but you want to save yourself while there’s still time. So what can you do?

You can turn around and run at the vicious dog that is chasing you. 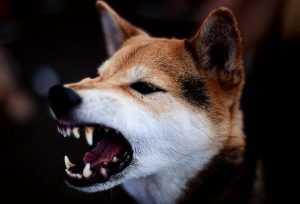 road with two Buddhist monks when they pass a vicious dog who is chained to a stake in front of a house. The dog is growling and snarling and pulling on the stake with all his strength. Trungpa and the monks walk past the house, picking up the pace just a bit, when, in the background, they hear the stake snap out of the ground and turn to see this vicious dog running at them full speed. The two monks begin running as fast as they can. Trungpa turns, faces the oncoming dog and begins running right towards him. Just before they meet, the dog stops, cowers, and turns tail and runs away. Now I’ve never taken this story literally, but I think it is a great metaphor for how we can face the things that we’re afraid of.

So if you’ve been avoiding doing something you have an aversion to – just turn, face it and run right towards it. Dive into it. Confront it. You may find that your anticipation of suffering is greater than the reality you have to deal with. Once you’ve confronted your demon, you’ve moved out of avoidance. You’re actually doing something to deal with the issue. You’re actually working on your life. Congratulations!

Now you may be thinking, “this sounds great, and scary, but I’d like to be able to do this. How do I do it?”

That’s a great question. And I’ll tell you how to get the answer to that question.

Having said that, here are a few constructive tips:

Now if the first two strategies don’t appeal to you, here’s the third and final strategy I can offer you. We might call it the “take a tiny step towards tackling the thing you don’t want to do – a step so tiny that nobody even knows you took it, particularly your brain.” (Actually, that’s too long a name, so let’s call it Kaizen instead. Kaizen is a Japanese word for a method of change that involves incremental, but consistent steps of progress).

I love this strategy, because you can be a total undisciplined weakling and still do it. Let’s take an example. When my father died last year, I had boxes of his papers to sort through. I really had an aversion to this. I was very close to my father and his death was a very difficult experience for me. I still miss him. But I had to go through these boxes to see what was in there and what needed attention.

The first strategy didn’t work – I have already put this off too long. I could have probably used the second strategy: set aside an entire day (or weekend) and sort through every single paper. But at that time, I felt like I was more in the weakling category, so I chose Kaizen. I started with three pieces of paper. They were all old bills from ten years earlier. I put them in a box that I labeled “old bills.” Wonderful. I’m done for the day. Now I can go mow the lawn.

The next morning I set up a time and went through six papers. No problem. The next appointment I sorted ten papers. Each day I did a little bit more. And the more progress I made, the less my aversion to doing more. Then I had a moment of grace – I was going to go through 20 papers and when I finished, I just kept going. I sorted through a whole box. Amazing! I didn’t even need to do that much, but I kept going anyway. As it turns out, I had discovered physics – specifically the law of momentum, which is one of the essays I later wrote about in my book. 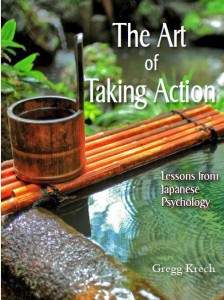 I want to say one more thing about the third strategy (Kaizen).

The more you do this successfully, the easier it is to do the first two strategies. That’s extraordinary! You can actually cultivate self-discipline.

I’ll share one more story. The other day I was in the bathroom and I noticed that the toilet paper roll was empty, so I replaced it with a full roll of toilet paper.

That’s it. That’s the story. It’s like the vicious dog story, but a bit more subtle. Not much drama.

If you avoid what you need to do, eventually it will come back to haunt you.