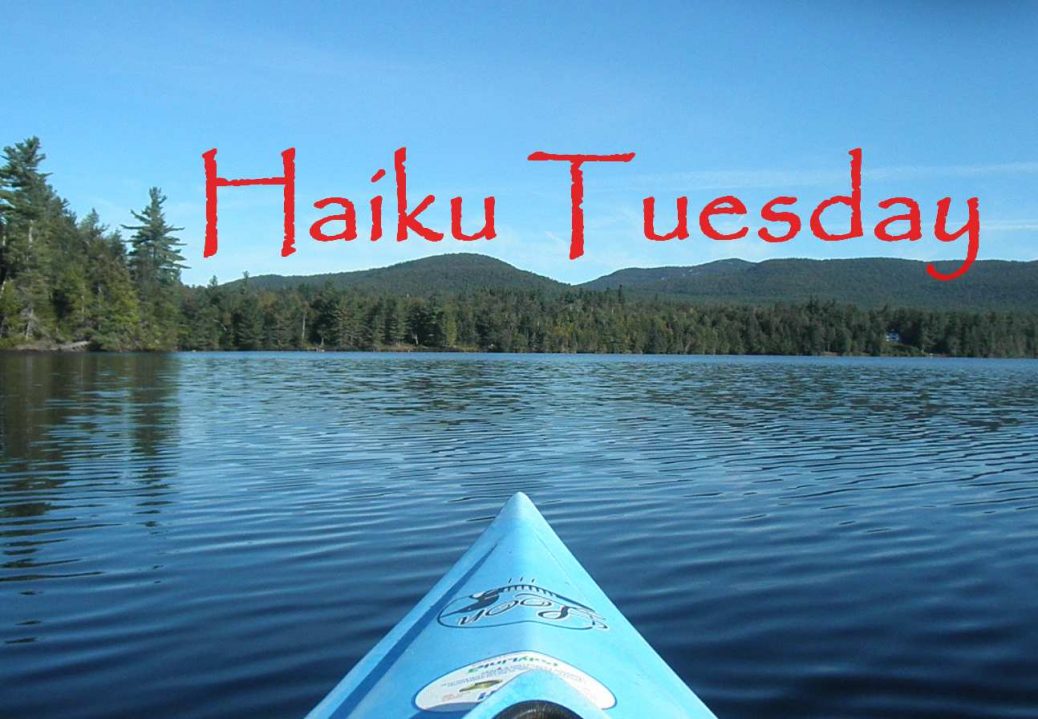 We spent some delightful days camping in the Adirondack Mountains in upstate New York.  It’s hard to leave Vermont in the summer, but we found a little paradise called Buck Pond, where we can bring our dog, tent and kayaks and roast marshmallows under the moonlight.

As we do on most family trips, we have a haiku contest.  You can write as many as you wish, but you can only submit one for the contest.  Having a contest and a small prize encourages our teenage daughters to pay attention to nature instead of digital devices –  an exchange which is priceless to me.

Both my daughters are good haiku poets and they’ve been writing these kinds of poems for years on nearly every family trip.  In many cases their poems are better than mine, because I have a tendency to think too much about the poem.

We spent a half-day kayaking and canoeing on a chain of lakes and streams.  In some cases, the water is rather vast and open.  In other cases, we’re traveling through marshes filled with lily pads, water plants and a few frogs, here and there.

My oldest daughter, Chani, captured a moment from the trip and turned it into a lovely haiku:

Upon the glass lake–

A painting of the skyline

This was the first trip that each of my daughters were in a single kayak.  As a result, they had less time to chat (and argue) and more time to notice their surroundings.  This is the poem written by my younger daughter, Bi.

On the liquid glass,

The world of teenagers is too often dominated by digital devices, so much so that they can forget that there’s a real world out there that can be touched, smelled and played with.  But if we surround them with nature and ask them to write a haiku poem, they may reconnect with the curiosity and artistic expression that remains alive in their tender spirits.