A Hurricane with My Mother’s Name Would Not Destroy Me 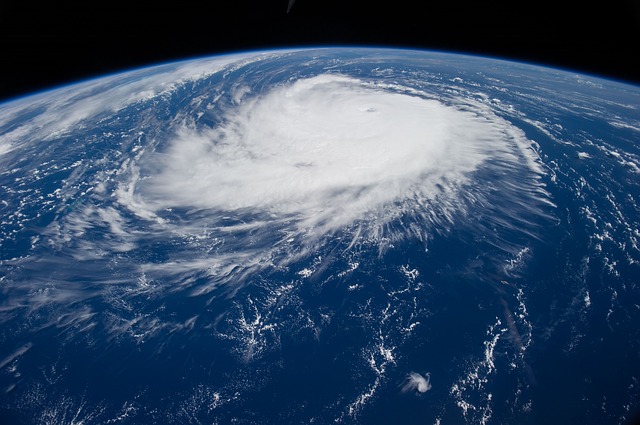 BOARD UP! GET OUT! I received those four capitalized words in an email from the former owner of my 100 year-old Jacksonville Bed & Breakfast. With the hurricane season launching a lethal storm almost hourly, I had emailed her to see if she had any hints about ways to survive.

Carol is one of the people who shows up weekly in my Naikan reflections. She ran this B&B for 16 years before passing it on to me. She now flits around the globe but she is always quick to respond to my questions. Why does the furnace sound like a hippo in labor? What kind of breakfast is good for both a vegan and a militant South Beach dieter?

I thank the B&B deities that she is my mentor in the hospitality industry. As a former junior high school teacher, I am frequently clueless in my new world. A devotee of the Robert Kennedy school of advice giving, she always “tells it like it is.” I trust her. She is not a woman who panics easily. Still, she felt a Category 4 hurricane is an opponent that demands flight, not fight.

I wasn’t so sure. My family and I had evacuated in ’02 for Hurricane Floyd, another meteorological meanie. That evacuation was a nightmare. The only route to the storm free zone, I-10 West, quickly became a parking lot. For four hours we crept along beside a man in a Chevy Nova who was evacuating with twin anacondas, cartons of Camels and the complete recorded works of the Ramones, which he broadcast in ear-numbing stereo out his open windows. At the last minute Floyd turned north. We crept back to Jacksonville at 17 mph still twitching from the rhythms of Anaconda Man. Because there were gas lines longer than the Space Mountain line at peak time Disney, we coasted back into Jax on fumes.

While waiting for Hurricane Frances this past September, the national weather web site became my home page. Each morning after a sleepless night, I would click on the 3-day forecast and watch the giant weather system lumber toward Jacksonville. On television, perky weather people pointed out spinning masses that looked like hairy buzzsaws. I vacillated between optimism and stark terror. Surely, I reasoned during the optimistic intervals, a hurricane with my mother’s name would not destroy me.

Nevertheless, I begin to take the ritual precautions: do the laundry, fill the bath tubs, suck dollars from the ATM, gas up the Honda, buy water, buy tuna fish, buy duct tape, buy batteries, stand in line for plywood, have the Sears man laugh when you inquire about purchasing a generator. (“Nearest one is in Baghdad, honey.”)

As Frances drew closer it appeared we might avoid the central path of her wrath, so my husband and I made the decision to “ride it out.” That’s the way some southern folks talk about hurricanes as if they were cosmic bulls that can be straddled until the ringmaster’s horn blows.

They aren’t. Or if the metaphor is to be extended, Frances and her tornadoes became a herd of raging bovines for the next 30 hours. During that interminable period, Frances ate my riverfront dock, my azaleas, my electricity, and my sanity. And I was among the blessed. My neighbors lost power for two to eight days. Some of them saw their tree canopy invade their family room.

So what does gratitude have to do with any of this??? First, the hurricane stripped the veil of the ordinary from my eyes. Electricity is miraculous not ordinary. Without it, the sirloin rots, the mattress mildews, the milk curdles. Gasoline is not ordinary either. Without it, the Honda becomes an aluminum shed and the groceries must be walked home in a pull cart, a trip that turns Ben and Jerry’s Cherry Garcia into soup.

Second, I thankfully watched the community helpers reweave the fragile fabric of modern life. The local power company had folks who worked round the clock to restore the power. The telephones were back in service before Frances made her final exit. The grocery store gave away bags of ice to folks who had no money. Now whenever I see a telephone pole with its lines intact, I utter a quick thank you.

Third, I am thankful for my neighbors. Because of the hurricane, I saw a geographical community in action. In these days of cyber choice, I sometimes feel my community consists of those people I share ideas with on chat boards and list serves. Not so! Real community consists of folks who will whip out their chainsaws and remove the oak tree from your driveway. Real neighbors call you to tell you there is a giant rat snake, doubtlessly a flood water refugee, coiled by your back gate.

Fourth, I am thankful for mentor wisdom. I followed half of Carol’s sage advice. Like most of North Florida, I did board up. A cartoon in the New York NY Times shows the entire peninsula of Florida with boards nailed hurriedly over it. Sadly, until November 10th, the official end of the huff and puff season, that cartoon represents reality. If nothing else, the season serves as outward and visible sign of a famous quote by John Lennon, “Life is what happens while we are planning otherwise.” So true.

Just a few days after Victoria completed this article, another Hurricane (Jeanne) struck Florida with a passion. Victoria’s B&B became an island with waves crashing in the backyard. Florida resident Wayne Keller embarrassingly revealed, “My wife kicked me out until I came back with a generator.” (They had a generator for Frances, but he sold it once power was restored.) “She’s not in a laughing mood.”

Right now six people are working to put the B&B back on her feet. Two of them are from the AA Tradition House down the street. One of them was an architect in Atlanta before he crawled inside the bottle. One of them is an elderly black man who is technically working for my neighbor but tries to help me whenever he can. He piled lots of my neighbor’s expensive pine straw in my mulch pile. Jeff was throwing it away.

I can’t have earned any of this. I just must do my part. That’s all I can do. Thank you for bringing the debt message. It’s crucial for real sanity.

I worked in yard for 14 hours today and things are looking better. My labyrinth is covered with fire ants. There are condoms hanging in the azalea bushes, but most of the trash is in the compost pile. Best of all I found my precious day lilies while cleaning a hedge. My very, very rich neighbor is going to help me repair my sea wall. Life is good. Just do a little weather dance to make certain that J is as far down the hurricane alphabet as we go.

Here’s a true tale. Last night was terrifying. At 2:30 the waves were crashing in our back yard. The water got to the hedge outside our room before the weather gods took pity on us. House on Cherry St. is totally flooded. Everyone is on a generator. We are an island. At 7:00 a man was wading down the street obviously looking for something. I asked him what he was looking for and he said, “My koi. Our pond overflowed and I just thought they might be over here.” I told him if I saw them I would call.

There is a beautiful vintage MG parked in front of the apartment next door. It is underwater. I will now go and remove the dead fish from the bird feeders. Four hurricanes in six weeks is too many.

The House on Cherry St. has risen from the waves. The butterfly gardens were eaten by voracious Hurricane Jeanne but they have been replaced by a Native American Medicine Wheel and an herbal spiral. The mighty St. Johns left tons of sand on the lawn (not to mention five thousand Diet Coke cans and a billion fabric softener sheets) but the sand is being overgrown by sturdy Bahia grass which requires no pesticides. The basement is dry with only the water marks on the wall studs attesting to the rushing depth of the water. Once again guests walk into the foyer, look through the French doors and coo about the beauty of the old home on the banks of the river. As for me, if I truly believe effort is good fortune, then I have been a rich woman these past four weeks, a rich woman indeed.

Victoria Register-Freeman is the proprietor of the House on Cherry Street Bed & Breakfast in Jacksonville, Florida and author of Love Stories from the Bible (Bridge-Logos Publishers, 2004).